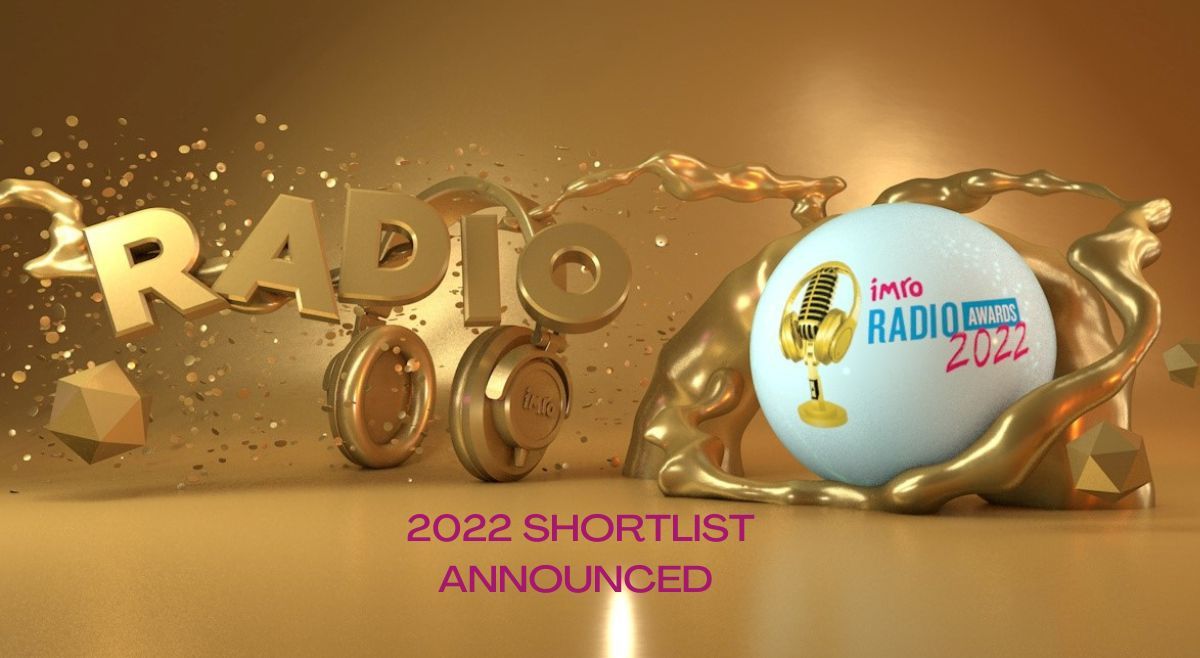 The Shortlist for the 2022 IMRO Radio Awards has been unveiled today ahead of the ceremony at the start of October.  Finally, back in person after two years of broadcasting virtually, the entire island of Ireland broadcast community will gather to announce the winners of the Gold, Silver & Bronze in the Olympics of the Radio industry! The Awards organisers have also revealed today that radio and TV broadcaster Dermot Whelan will once again host the ceremony, which will take place at Lyrath Estate, Kilkenny, on Friday, October 7th, 2022.

Nominees span networks and Ireland’s independently owned and run stations from north to south and east to west. Nominations span from Belfast – BBC Radio Ulster to Cork – RedFM and 96fm, from Galway – Galway Bay FM to Wicklow’s – East Coast FM.  Learning Waves members have been shortlisted across 35 categories with overall station awards been shortlisted on the night. The sector dominates in the Breakfast Show, Current Affairs Local, Short Feature, On-Air Competition, Digital and Social Innovation and Newcomer of the Year categories with all those shortlisted in these categories working across the sector.  Leading the way across the sector is Newstalk with 23, followed by Corks 96FM & C103 who have 11 nominations and Today FM and iRadio who have 9 nominations.  Spin 103.8 have 7 nominations while Galway Bay FM and WLR FM have a total of 6 nominations.

With the awards hosted virtually for the last two years, anticipation is high for this year’s event to be the biggest and most exciting yet.  The IMRO Radio Awards will be the first opportunity for the industry to come together and celebrate.

Peter McPartlin, Head Judge, led a week of Zoom meetings with over 109 judges from across the industry, media and supporting industries in whittling down the record amount of 700+ entries to this year's shortlist.

Awards span six categories – Music // News & Sport // Speech // General // People // Stations of the Year – with a total of 41 Awards handed out on the night. Each award has a Gold, Silver & Bronze winner.

The 2022 IMRO Radio Awards Hall of Fame will be announced at a special gathering ahead of the main awards on Tuesday, 13th of September, where this year's inductees will be revealed.

To see the full list of shortlisted enteries go to : https://www.imroradioawards.ie/shortlist-2022/