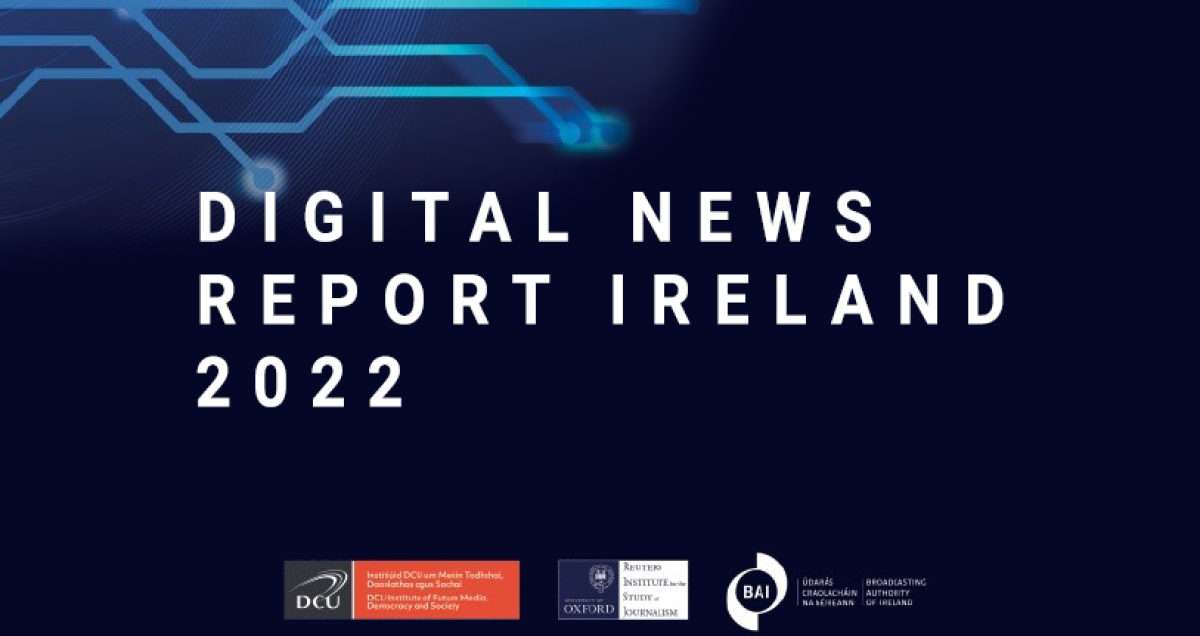 The smartphone is the device of choice for Irish news consumers in the morning, with 35% of respondents citing it as their ‘go to’ to access news. That’s according to the findings from this year’s Digital News Report Ireland 2022. Radio continues to be popular, with 31% of news consumers in Ireland saying they get their first news of the day from the radio. This compares to 17% in the UK and an EU average of 19%. TV follows next for Irish respondents, with 15% citing the service as their first news source of the day. Research for the Digital News Report is undertaken by the Reuters Institute for the Study of Journalism and is the largest ongoing comparative study of news consumption in the world.

The Irish data forms part of the larger survey, conducted in 46 countries. Ireland’s participation has been facilitated for the past eight years through sponsorship by the BAI, with analysis of the Irish data by researchers from the Institute for Future Media, Democracy and Society (FuJo) at Dublin City University. The report includes analysis of international and Irish trends in the online news audience, trust in news sources, and paying for news. This year’s report also looks at how Generation Z consumes news, and their attitudes to coverage of climate change, and provides new data on news brands. Additionally, six essays by DCU researchers on relevant topics, including news reporting relating to Ukraine, are incorporated. The Digital News Report Ireland 2022 was launched today (15.06.22) by the Broadcasting Authority of Ireland at an online event at noon.

Frequency of access: Some 83% of consumers in Ireland access news at least once a day via any platform. However, 41% of respondents said they ‘often or sometimes’ avoid the news, up nine percentage points from 2021.The most common reason cited was ‘too much coverage of subjects like politics / coronavirus’ (43%), followed by the news ‘having a negative effect on my mood’ (41%).

Fake news: Some 58% of Irish consumers said they were concerned about fake news / misinformation. While this is higher than their EU counterparts (48%), it is lower than the UK (61%) and North America (60%).

Gen Z: The report finds that 18-24-years-olds, the upper age band of the generation known as Gen Z, are the most disinterested in news; least engaged with news brands and most likely, along with 24-34-year-olds, to avoid news. The report also found that this age group consumes podcasts at a higher level than other age groups, and prefers text to video, due to the speed with which they can gather information.

Commenting, Chief Executive of the BAI, Celene Craig, said: “This is the eighth year that the BAI has sponsored the Reuters Digital News research. We do so because it provides a range of insights that informs core BAI functions, such as licensing and compliance. Given the prevalence of misinformation and disinformation across Europe (most recently in relation to the war in Ukraine), understanding trends in news and media plurality continues to be of critical importance. The Reuters Digital News project makes a valuable contribution to this complex and challenging conversation in Ireland and internationally. In supporting projects such as the Digital News Report Ireland, the BAI continues to pursue its objective of being an informed regulator, ready to anticipate and respond to change, as well as being ready to adapt to the regulatory challenges ahead.”

She added: “It is heartening to see that trust in news in Ireland remains high, with more than half of those surveyed here agreeing that they can trust news most of the time. It is also wonderful to see that Ireland still leads the 46 countries involved in this year’s report in the number of people turning to radio as their first source of news in the morning.”

Lead researcher Prof Colleen Murrell from FuJo said: “While the 2021 report showed a surge of interest in news media, 2022 finds a world exhausted after two years of the pandemic and its dominance of the news agenda. Interest in news generally is down on last year, as is trust in media, but both are still relatively high in Ireland. This year’s report also reveals interesting information with regard to how Gen Z consume news and their differences in behaviors, motivation and interest. The challenge here is for news brands to figure out how to engage younger audiences – a generation that has grown up in a world where algorithms cater to their individual interests.”

She added: “The essays included in this year’s report by DCU researchers are very topical and relevant to Ireland, covering, along with Ukraine news reporting, issues such as the implications of forthcoming EU media legislation; media polarisation; radio and podcast listening; climate change reporting; and Generation Z’s media habits. We hope that alongside the global research, this focused research on Irish consumers will be helpful to media owners, journalists, academics, teachers, and those who focus on media policy.”

The global research for this study was carried out in late January / early February 2022. In April, the Reuters Institute for the Study of Journalism carried out an additional survey in five countries (UK, US, Germany, Poland, and Brazil) to understand the impact of the war in Ukraine on media consumption. This research is also included in the Digital News Report Ireland 2022.

Notes to Editors: The annual Digital News Report by the Reuters Institute for the Study of Journalism at the University of Oxford is the largest ongoing study of news consumption trends in the world, covering 46 countries. The launch of the Digital News Report Ireland 2022 will take place at noon today (15.06.22). Please register here to attend. The Irish report is sponsored by the Broadcasting Authority of Ireland (BAI) and compiled by the Institute for Future Media, Democracy and Society (FuJo) at Dublin City University. BAI Chief Executive, Celene Craig is available for interview on the BAI’s role in sponsoring the Irish research on Wednesday, 15th June. Colleen Murrell, Full Professor of Journalism at DCU and member of the FuJo Institute is available for interview on the findings of the Irish report on Wednesday, 15th June. The study was commissioned by the Reuters Institute for the Study of Journalism to understand how news is being consumed in 46 countries. Research was conducted by YouGov using an online questionnaire in January / February 2022. Sample sizes in each country were assembled using nationally representative quotas for age, gender, region and education. The data was also weighted to targets based on census/industry-accepted data. The sample size per country was circa 2,000 people. Ireland has 92% internet penetration, and the sample size was 2,016. The BAI is due to publish a second report later this year, which will look at how non-Irish communities in Ireland consume news.