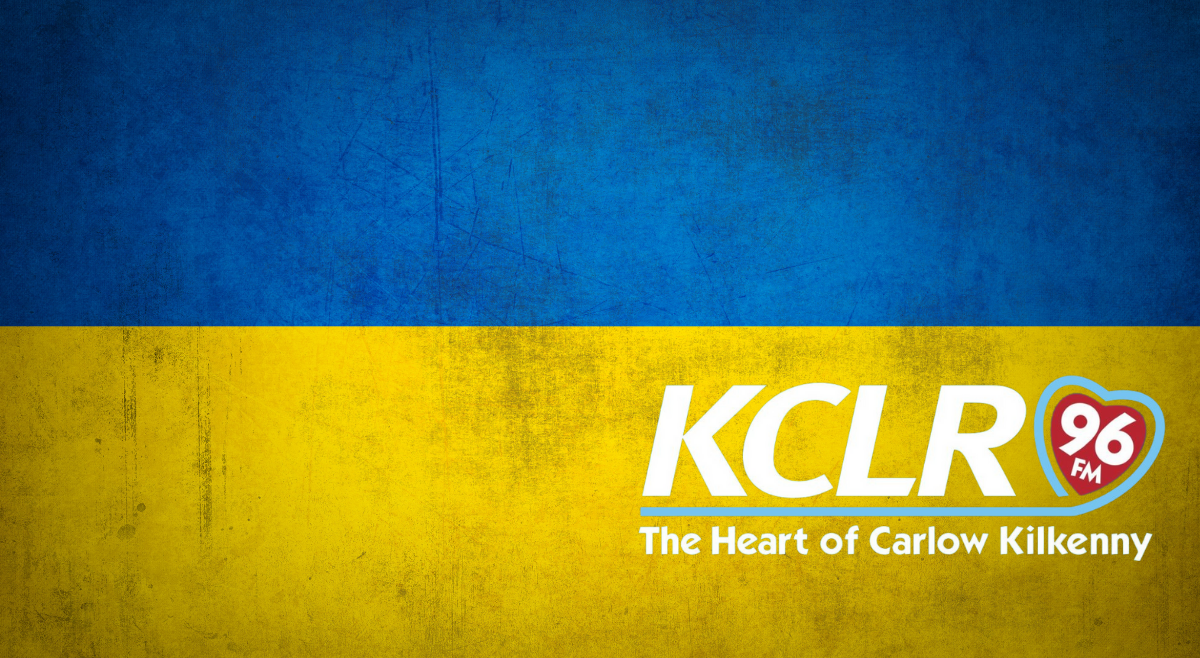 KCLR, the local radio station for Kilkenny and Carlow, is launching a new Ukrainian Information Service to assist Ukrainian nationals arriving in Ireland as a result of the Russian invasion. The service will be headed up by newly arrived Ukrainian woman
Tetiana Kuschyk.  The new Ukrainian Service on KCLR will provide expanded information and support to displaced Ukrainians and communities and individuals across Carlow and Kilkenny who are eager to help the developing humanitarian crisis.
The Information Service is being led by Tetiana Kuschyk, who arrived in Ireland with her son Artem on Friday March 4th having been forced to leave her country. Tetiana is currently awaiting the arrival of her Mother having secured her safe passage out of Ukraine to safety in Poland before her onward journey to Ireland.

Since the outbreak of war in Ukraine, KCLR has seen a huge outpouring of support from listeners to the station who are seeking to help.  Tetiana met the team in KCLR soon after her arrival in Kilkenny from Ukraine when on Monday March 8'" she visited the station to do an interview on "The Way It Is" programme which is presented by Sue Nunn. 4 days later she began work with the station. A University graduate with a Master's degree in Linguistics and a Bachelor's degree in English and Translation, Tetiana has for the last two years worked as an interpreter with the diplomatic mission of the Organisation for Security and Co-Operation in Europe (OSCE) in Ukraine. Her role involved interpretation and translation as well as media, information and community liaison work. In addition to her University education, Tetiana has completed courses on Mediation and Conflict Resolution, Human Rights and Gender Equality.

KCLR Chief Executive John Purcell said he has mixed feelings about the launch of the new service: "On one hand I am delighted to welcome Tetiana to our team and look forward to working with her and the hundreds of individuals rolling up their sleeves to respond to the situation in Ukraine. It is in instances such as this that radio stations like KCLR can come to the fore in providing leadership and being a focus point for local communities seeking to address crises and what is unfolding in Ukraine is a crisis of historic proportions.  On the other hand, I am deeply saddened that Tetiana and her son have come to Ireland in such dreadful circumstances where here country has been invaded and her compatriots are being attacked by Russian forces without any justification," he said.

Commenting on her appointment, Tetiana said: "In the times when Ukrainians face extreme vulnerability, Kilkenny and Carlow communities are providing invaluable help to many fleeing the war. I am happy and grateful to be a part of this unprecedented effort through KCLR's Ukraine Service. I believe this will make a difference through its multi-faceted information support of Ukrainian refugees and connecting interested parties. The KCLR team are highly professional and supportive, and with their help I could do a lot to help Ukrainians coming here."

Individuals, organisations or businesses who are keen to enlist public support using KCLR's platforms and listenership can contact Tetiana at tetiana.kushchyk@kclr96fm.com