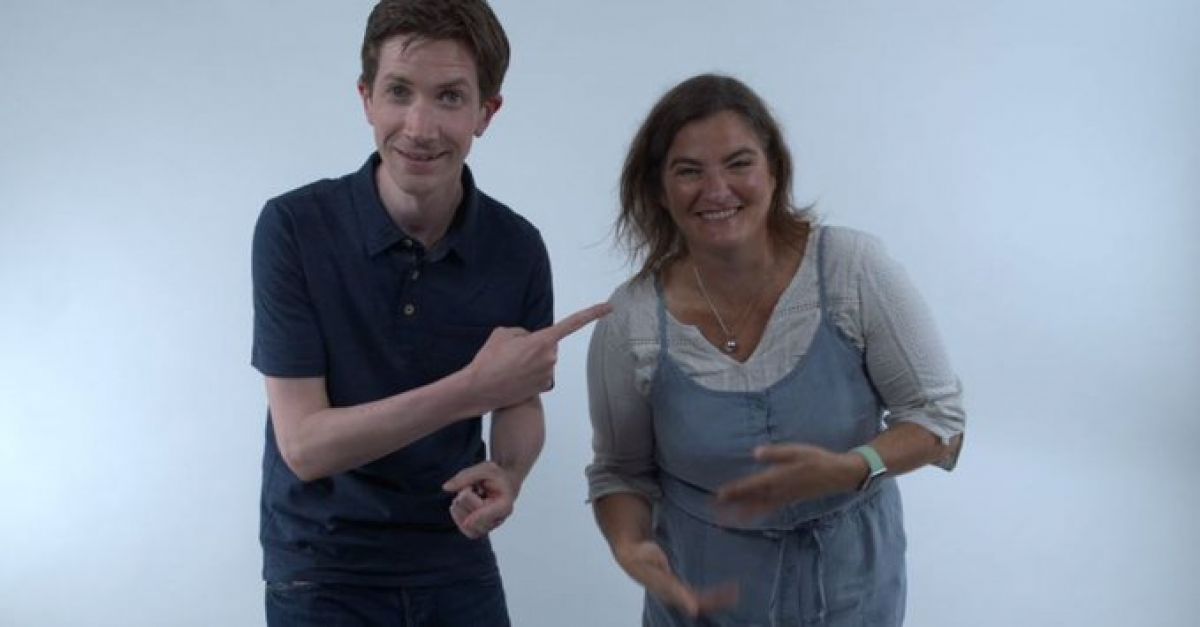 Vinny and Aoibhin are the new hosts of WLR's Big Breakfast Blaa.

Vinny Bradley and Aoibhin Fallon go back a long way. It's easy to tell they're completely relaxed in each other's company as they dissect their first morning on air together on WLR's all new Big Breakfast Blaa. Vinny, originally from County Wexford but living in Waterford City for almost two decades, is well used to the early starts having moved from our sister station Beat, where he was an integral part of Beat Breakfast for 15 years.

Aoibhin has presented breakfast shows in the past on WLR, but will have to readjust to her new hours after spending the last few years on the 3pm to 6pm Drive Time show. This is something she's feeling good about, "I have been working in WLR for 21 years, which is quite crazy. I worked in the newsroom, I've done Breakfast on a number of occasions, as well as a lunchtime show. I have produced and written dramas, I've made documentaries, I've pretty much done it all, but once the opportunity to come back on Breakfast was presented to me, I had to jump at it because it's the best show of the day to be on."

Aoibhin, who lives in Dunmore East, says the early starts will be far easier this time around, as she is in a very different place with her life now, "The first time I did Breakfast, I was a single mother with a very small child at home. So that was a challenge when I was going home in the afternoons and there was no explaining to a two or three year old, 'Mommy's tired and can't go to the beach or the playground.' She's 18 now and gone off to college. So  I do think it will be a little bit easier in that respect. And you just get used to getting up in the morning, your body is adaptable."

So how is Vinny feeling about making the switch from the 'Red Side' to the 'Blue Side' after all these years? He sees it as an easy transition because he's spent much of his adult life in the Broadcast Centre, and it all feels like home, "I was 21 years of age when I left home and moved to Waterford, it's nearly half my lifetime at this point. It's a phenomenally long time to be in one building. So it's a bit strange to start over in some ways, but at the same time everybody's a familiar face. It's not like leaving a job completely and then having to move to a new place or organisation," he said.

A shared love of Waterford

Both presenters are passionate about The Deise, and see it as a great place to live and work. This is something they expect will come across on air on The Big Breakfast Blaa. Vinny believes Waterford City has everything you could want, "It sounds like a cliché or like I'm doing an ad for the Tourist Board or something but it has got the best of both worlds or all worlds. If you want city life you can live in the City, but you're only ten minutes from the coast and Waterford has some of the most fantastic beaches in Ireland as we know. We've also got fabulous restaurants, bars and shopping."

Aoibhin says she never takes for granted the joy of living in Dunmore East, "I had friends down from Kildare and Dublin at the weekend. And they were all saying to me, 'Do you know how lucky you are?' And on a daily basis, I do actually know how lucky I am! Because my work / life balance, whatever you want to call that, has worked out really well for me. It's fantastic to leave my house and be at the beach for a swim within two minutes."

The new Big Breakfast Blaa poses exciting challenges for Aoibhin and Vinny, who have been friends for many years. Their energy is palpable (despite being physically tired after Day One) as they discuss what they both want to bring to the WLR audience. "I think a breakfast show has to be immediate. You can plan a certain set amount, you know, what competitions you have next week, or what music or content you'll have. But you don't know what you're going to be talking about in terms of local news, national news, sports. So it's reactionary and on the spot radio," Vinny said.

Aoibhin is looking forward to many laughs with her old buddy, "I think fun is the main thing, actually, you know what I mean? Because if we're having fun, I think the listeners will have fun. I always have fun when I'm with Vinny, like we always have a good laugh. I really think he's one of the funniest people I know. So our main plan is just to have the craic and to keep things light, because I think we all really need that at the moment."

The Big Breakfast Blaa airs weekdays from 6am, and is part of WLR's new line up. You can catch Ollie Carroll's brand new show The Spin Home from 3pm.