News Radio Matters: Sponsorships in the aftermath of Covid 19. 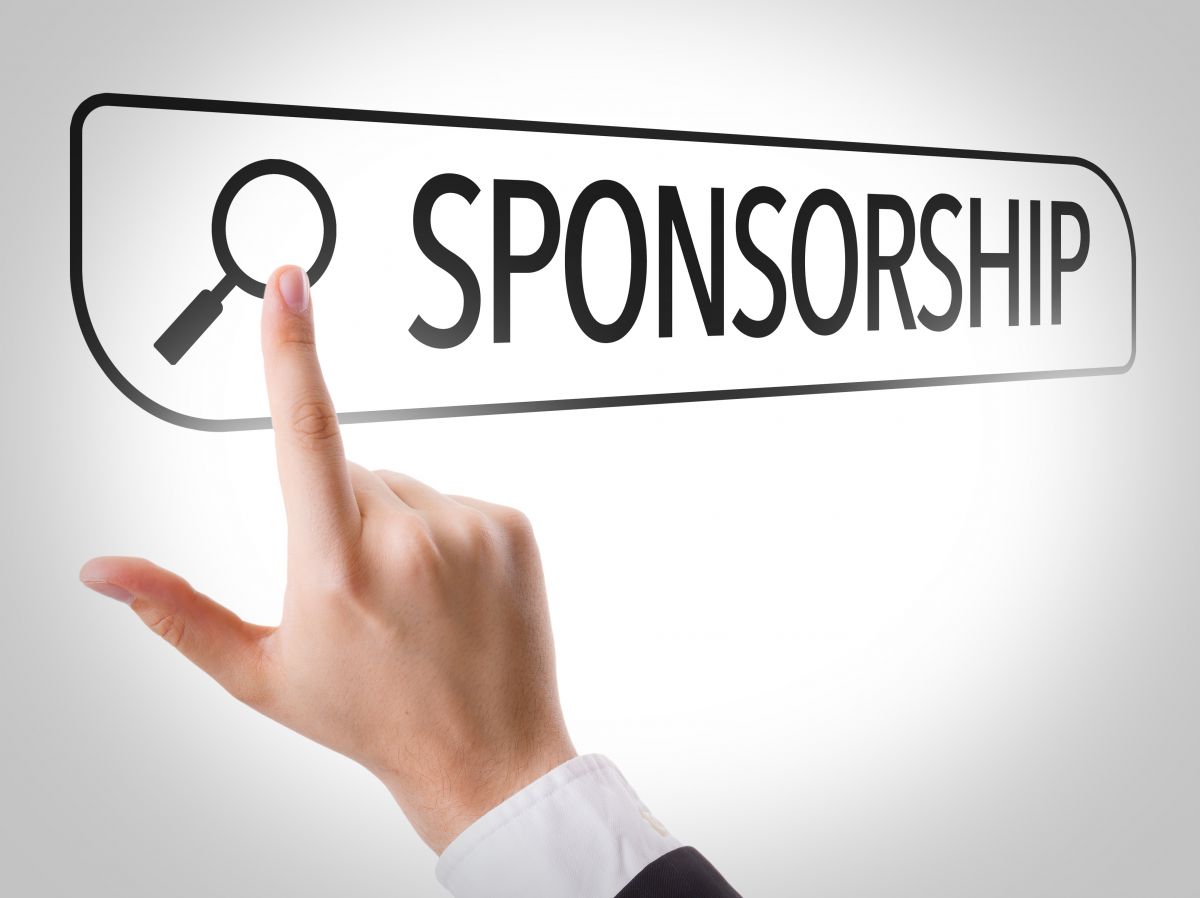 Radio Matters: Sponsorships in the aftermath of Covid 19..

This blog is based on the Learning Waves Radio Matters Lunchtime series with Jill Downey, Managing Director at Core Sponsorship Practice in conversation with Peter McPartlin, former chief executive of Today FM and chair of the IMRO judging category.  The event took place on 1st July 2021.

One of the parts of the marketing/communications world that's been affected most severely by COVID has been the area of sponsorship. So what's going on, what's happened, what are brands and agencies thinking now in relationship to sponsorship, and are the stakes changing?

After a varied career spanning over 20 years in advertising and communications, Jill Downey has been working in sponsorship for six years. From her extensive experience, say explains that it’s all about strategy, and COVID has had a major impact, particularly on the smaller players: ‘I think one of the challenging things about sponsorship is the way it's reported or the way it's measured. It can be quite inconsistent, so getting to grips with all the data can be quite tricky.’

Global reports indicate that sports sponsorships for example dropped by around 37% year on year with the onset of the pandemic and the associated impact on the economy. The arts and music sectors were also badly hit, with activity ceasing entirely in most cases.
Jill explains: ‘In many cases last year, sport in some way, shape, or form continued, or after the break, got back on track, and a lot of things were delivered in part or in full. So, we didn't have as much of a knock-on impact on the revenues. It will actually probably have a bigger impact this year, because that holding pattern can't continue, and where some brands at least remained in a bit of a holding pattern and a wait-and-see pattern.’

Core has estimated that fees, and sponsorship fees specifically, dropped around 15% last year, but it's the activations spend around the sponsorships that took the bigger hit. However, sponsorship has in general been on a massive growth trajectory, and while this is a blip in the road, Jill thinks that growth will continue into the future.

Core tracks most of its data ‘by hand’ by asking media owners to help them understand the levels of investment they are receiving from sponsors. She says it appears that radio has fared better than TV since the onset of the pandemic – despite revenues being down across the board by in and around 15%.

Radio sponsorship tends to deliver more easily, as Jill explains: ‘It's quick to get on air, stings aren't too onerous to produce, although I definitely think they could have more creativity attached to them. And people don't tend to activate sponsorships as deeply in the media space as they might in other spaces. And again, I think that's an opportunity for the industry, is to come together and when you do sign off a sponsorship, see how you could leverage it in other ways and make it bigger.’

With the closure of huge numbers of businesses during the various lockdowns, many advertisers across the country had to pull out entirely from existing ads packages and sponsorships, and those who were perhaps considering radio sponsorships had to re-think.

‘We had Center Parcs on our radio sponsorship, for example, that had to stop. It couldn't advertise. It didn't know when it was going to be open, and it just made no sense to keep going. But our own radio sponsorship spends went up 18% last year, so we've actually found it, in some ways, easier to sell in radio sponsorships and in other years because the other options weren't there, and radio sponsorship presented actually a really nice way of keeping the brand out there in a consistent manner without having to have ongoing work attached to it.’

Changes on the Horizon

COVID has changed our lives in many ways, but will it change how brands approach sponsorships going forward? Jill believes that strategy changes were already coming, and they were simply accelerated through necessity when the pandemic hit.

‘I think the key one there is digital activation. You do have to work hard to activate your sponsorships, and so I guess for a lot of brands, they're now looking at digital activation even closer than they were before. It was already the fastest growing way of activation sponsorships and now it's pretty much taken over as the norm, because it was the key channel you could access to really bring sponsorship to life during the pandemic and to think about the at-home fan and their experience and how that had changed.’

Jill says activation is such a huge part of ensuring a successful sponsorship: ‘The typical format of a show is quite set, and it doesn't lend itself to all media sponsorships either. I know there are some media sponsorships that you are really buying for what it does on the tin, so for the frequency, like weather, for example, it's a beast of a sponsorship generally. You get an awful lot of activity. Keeps your brand top of mind, and that's what it's excellent for. We shouldn't really try and overcomplicate those things. They work in a specific way. But I think you can work with a program, and particularly personalities, to really think about the overall experience of the fan or the listener in this case, and see what could the brand do to add value?’

As with any business sector, brands interested in radio sponsorship should always be thinking about how to add value for the customer, instead of just settling for the basic ‘sting’ or badging exercise. Think audience experience.
A brand or business will always want to ensure they get the best level of exposure possible through any sponsorship deal they enter into, and ensuring the listener experience is on-point is a key element.

Jill says ‘what you are buying is access to an audience and we equate that to an equivalent advertising rate, and then we look at a premium based on various factors. So fit and proximity to the show – you’re buying into the personality, the station’s brand, the shows’ brand itself, where that's relevant, and all of that has value.’

One of the challenges facing both agencies and brands is the justification of the value of radio sponsorships – but Jill has some advice for those looking to onboard clients, and it’s deeply rooted in the ‘value of the association.’

‘Beyond the value of the stings and the assets, we value everything, by the way, so if you're going to market the show and the brand is going to appear within that marketing, we add that into the valuation. And that's also a way to add value, by the way, is to decide to market it through your own campaigns and bring the brand along on that journey. Now not everybody does that, but I think it works really well, particularly for show sponsorships and building that relationship with the show personality, etc. So that's another way to add value. Think about all of the assets that you're delivering and everything can be equated to a value, of course, so I would say think about all of those things and value everything that you're bringing to the table.’

Jill stresses that it’s also important to remember the ‘halo effect’ of the program, the personality, and the overall brand of the station, ‘and that should all be part of wrapped up into how you assess the strength of your sponsorship, and particularly if it's your flagship program, for example.’

The JNLR figures can be an extremely important tool in assessing the value of sponsorships, and the strength of radio sponsorship assets.  It is used by agencies, brands, and stations themselves to analyse regional listenership levels, and how a particular programme or station as a whole is doing over a period of time. Jill says that at Core, ‘[it] really helps us decide if it's still the right investment or if there's any concern around the audiences waning in certain areas.’
Despite the importance of the JNLR, good consumer-based research is essential – especially in the Irish media space where people have a special affinity with radio.

Jill says ‘people are very attached to their radio stations and know what they love. The sponsor should fit in around that, and anywhere where we have had good research, it's made the renewal process so much easier.’

It’s about creating sponsorship assets that the listener remembers – and which help them connect on some level with the brand. Research forms an important part of creating these assets.

One of radio’s main appeals is its ability to tell a story and captivate an audience in the absence of imagery. Thankfully, storytelling is becoming a buzzword among Irish brands as they now recognize the value, more than ever, of creating a connection with their potential customer.
Jill says ‘brands are all talking about storytelling and there's no medium better with storytelling than radio. I think there's probably a lot of maybe dead-space in radio (repeating programs to fill space or playing out music to fill nighttime airwaves) that still has a listenership base that could be a really great testing ground for some brand storytelling, and I think there's a lot of innovation and good ideas that could come out of that sort of use.’
Brands are also increasingly getting involved in content creation, which can add a fresh feel to this type of sponsorship space. Jill says there’s opportunity for brands to get more involved – and innovation is always welcome.
‘We're always looking for ways to get more eyes or ears on something, more understanding from the consumer, and so I would just say radio absolutely has to keep pushing those boundaries and innovating for brands.’

Listen to the full episode here.