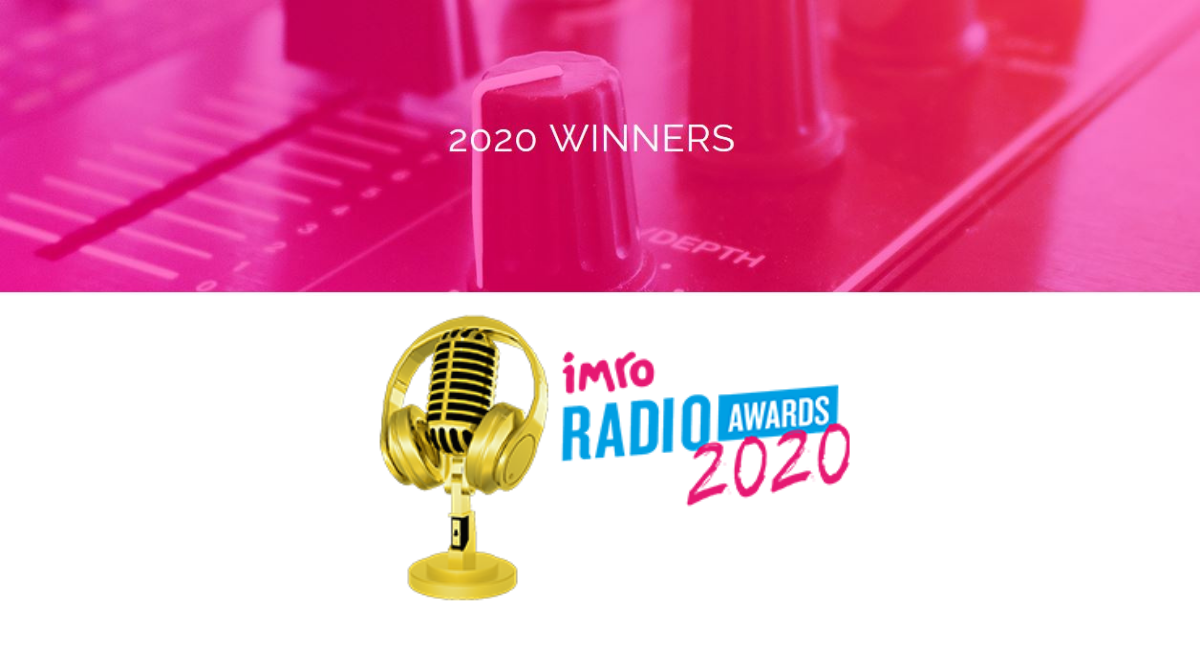 The IMRO Radio Awards took place virtually on Friday 2nd October 2020, hosted by Dermot Whelan from Today FM, the event was streamed live across the country for first time in the awards history.  It was a night where the radio industry came together virtually, dressed up and dressed down, to celebrate the wonderful medium of radio.  Congratulations to all of the winners on the night and it is a night when radio and all of those who work in the wonderful medium are winners.

It was a big night for Dave Hammond from Beat 102-103 who won the award for Radio DJ of the Year, for which he received a silver in 2019, and Gold in 2018.   Valerie Wheeler from Spin South West took home Gold for her sports programme Big Ball Small Ball.  Kacey O'Riordan who started her career in LMFM and moved to 98FM two years ago won Gold for News Reporter of the Year.  Beat 102-103 were also celebrating a Gold Award for their On-Air Competition/Promotion, Leap of Faith.

WLR FM had plenty of reasons to celebrate, not only winning local station of the year, presenter Damien Tiernan won Speech Broadcaster of the Year - Local/Regional, and his programme, Deise Today won Gold in the Current Affairs Programme - Local/Regional for 2020.  The Gold for Short Feature of the Year also went to WLR FM for Big Breakfast Little Stories on the station.

The host, Whelan was taken by surprise when Michael O'Keeffe presented him with Gold for General Music Programme of the Year for the Dermot and Dave Show on Today FM, and again when he was presented with Gold for Music and Entertainment Presenter of the Year.  In addition to this, Today FM scooped Gold for Entertainment Inserts, Gift Grub on the Ian Dempsey Breakfast Show, the Digital and Social Innovation Award for the Today FM : Know it All Ireland Quiz.

In addition to Gold Awards, the sector picked up 23 Silver awards and 28 Bronze Awards.  Congratulations to all our members.

Full details of all winners can be seen on www.imroradioawards.ie/winners-2020