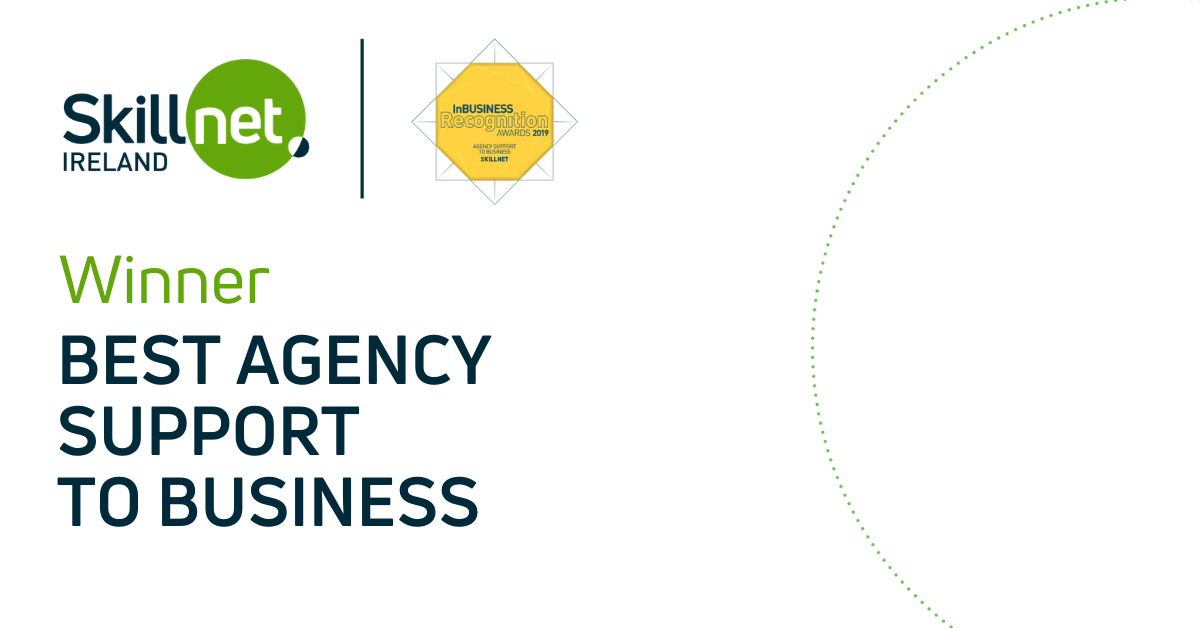 We are delighted to announce that Skillnet Ireland has been named ‘Best Agency Support to Business’ in the InBusiness Recognition Awards 2019. Commenting on the award win, Paul Healy, Chief Executive of Skillnet Ireland said :

“2019 was a milestone year for Skillnet Ireland as we celebrated our 20th anniversary. In those twenty years we have built a strong foundation and connections with industry, Government and educational institutes. This has put us in an ideal position to respond quickly and effectively to the challenge’s businesses face across the economy. Being recognised for ‘Best Agency Support to Business’ at the InBusiness Recognition Awards is a great honour for us. It reflects not only the work of the Skillnet Ireland team but that of our network managers, our industry representative bodies and the Skillnet steering groups that drive the success of each Skillnet learning network that provide the foundation to enable businesses to succeed through workforce development”.

Learning Waves Skillnet has been supported by Skillnet Ireland since 2004 and through this support over €3.8 million has been invested in the learning and development of staff across the Independent Commercial Radio Sector.