News Spreading Awareness: TY Students Talk About Living with Disabilities on the Radio 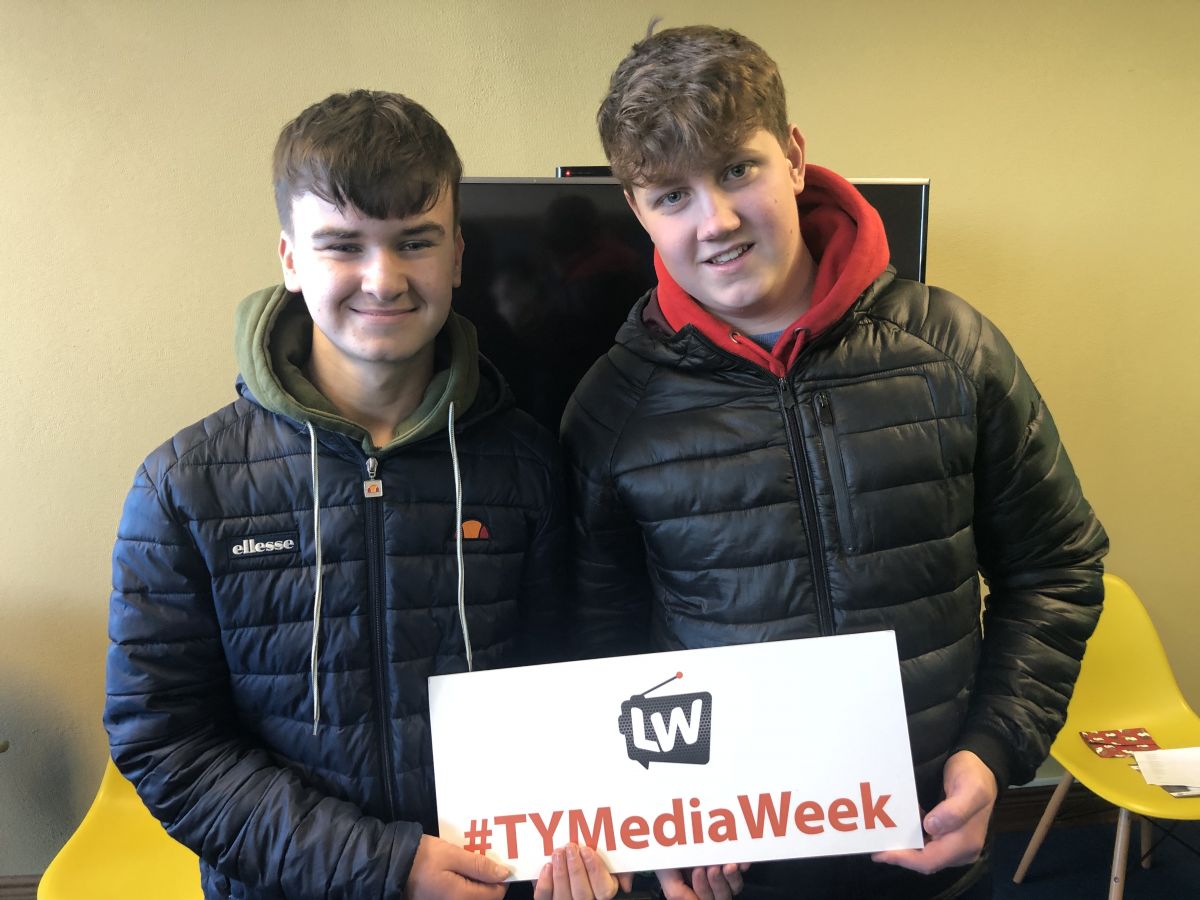 Spreading Awareness: TY Students Talk About Living with Disabilities on the Radio.

During a segment on the TY Takeover on Galway Bay FM called ‘Life Journeys’, part of the Learning Waves TY Media Week programme in association with The Broadcasting Authority of Ireland, students Jack and Matthew from Clarin College Athenry interviewed each other about their disabilities and how it affected their lives growing up.

Matthew was diagnosed with Attention Deficit Hyperactivity Disorder (ADHD) at age 4. ADHD is a mental disorder, common among children and teenagers, that causes them to be hyperactive, unable to focus their attention and have poor impulse control. “When I was in primary school,” Matthew recalled. “I found it very hard to pay attention and I could be hyper at times. I could also be unsocialable at times, but I didn’t want to be. I wanted to be able to walk up to big groups, but I was frightened.”

Jack has Developmental Coordination Disorder (DCD), commonly referred to as dyspraxia in Ireland and the UK. DCD is a disorder that affects the fine and/or gross motor coordination, caused by a disruption in the way messages are sent to the body from the brain. Jack outlined the ways in which his disorder affected him growing up: “When playing with friends, I couldn’t climb walls or gates. I found it challenging to learn to ride a bike. I was 11 before I could do this. I was clumsy and I fell often. My writing and drawing skills were poor. Organising my school bag was tricky. Tying shoelaces and buttons I found hard to master. It took me longer to learn how to shower and dress independently. I avoided ball sports due to poor hand-eye coordination.”

The students went on to discuss the ways in which they dealt with their disabilities. Matthew said: “I would take a tablet every day before I went in to primary school and it would help me concentrate for the day.” Matthew stopped taking tablets in 5th class and since then has been able to cope with his ADHD without the use of medication.

Jack talked about the help he received from Enable Ireland, a non-profit state-funded organisation that provides services to children and adults with physical, sensory and intellectual disabilities. “Enable Ireland has a great DCD service and they were involved in my life from ages 7-12 years. They provided much support as they worked with me and my parents to promote my independence in all areas of life.”

Jack and Matthew also talked about how they have overcome some of the difficulties their disabilities faced them with in childhood. “I have changed.” Jack said. “I am now able to go up and talk to people and I am also able to pay attention in class.”

Matthew said: “Now at 16, I have mastered many skills but I still find certain things tricky. However, I have learned how to manage and live fully embracing my dyspraxia. Having understanding of how it feels to have challenges and feel different, I am very supportive of my mom’s work with an organisation called LEAP who work with families who have a child with disabilities and want to support live an inclusive life. Please feel free to check them out on www.leapireland.com.”

The students used the platform provided to them by Learning Waves and the TY Media Week to talk about their struggles and get people talking about disabilities, which they feel is not talked about enough. This segment highlights the power of radio to get these messages across to people directly and get them thinking about important issues.