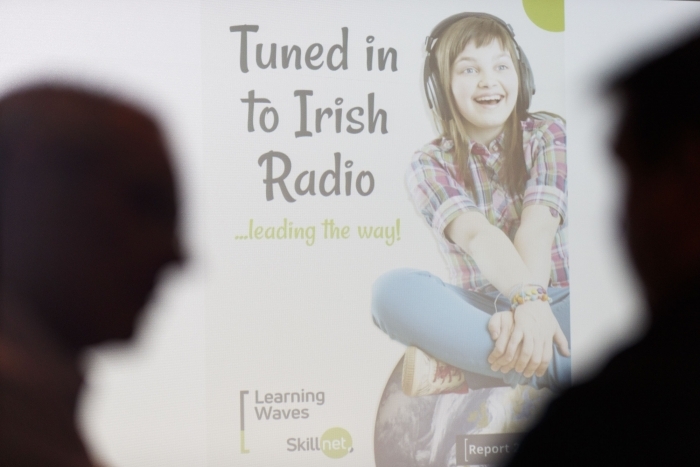 Learning Waves held its AGM on 19th April 2018 in the Gibson Hotel in Dublin where Teresa Hanratty, Project Manager, outlined the networks committment to being 'Tuned into Irish Radio' and to continually meeting and exceeding the industry's training and developmental needs.  The AGM was attended by a good cross section of stations and vice Chairperson Nessa McGann from Spin South West opened the AGM by welcoming everybody to the Gibson Hotel to celebrate Learning Waves achievements in 2017 and to look to 2018.

McGann went on to tell the audience that Learning Waves welcomed Media Central and i-Radio as new members and that in 2017 the network worked very closely with IBI and the Choose Radio Group to bring Radio Days Ireland to Dublin in 2018.  It was noted that RadioDays conference was an extremely successful event pulling together an amazing line up of speakers on the most relevenat topics – the feedback was so positive, with many saying that they felt speakers warrranted more time.

According to McGann, 'working together with IBI on Radio Days and working with Choose Radio group is an indication of the need for the radio industry form a cohesive body in order to increase quality of our output and processes as well as the revenue captured by radio'.

McGann encouraged the audience to recognise their weakenesses as an Industry, look at where radio is underperforming, especially in terms of our willingness to step outside our comfort zone and embrace true creativity, in content and in advertisement. She concluded by saying that Learning Waves is 'here to support you and your station staff in the next 12 months, the training courses, seminars, speakers and forums will help you and your station staff navigate these new techniques, tools & methods of communication to help your business thrive in industry in 2018 and beyond. We are here because you all recognise the value of training and staying ahead of the curve'.

Hanratty then presented an overiew of the networks activities in 2017 highlighting that 496 people had participated in training in 2017 with the network providing 118 courses in 2017.  This resulted in 2400 training days being provided to the industry in 2017.  New programmes such as the Digital for Radio and Diploma in Creative Radio Advertising were significant successes in 2017.  Also part of the success of the network in 2017 was the BBC Partnership Programme and the additional funding from the BAI to allow the network to run a programme for Transition Year students in 2017 in conjunction with Radio Kerry. The Sports workshop with Joanne Cantwell, Paul Kimmage, Andrew Mangan, Joe Molloy, Mike Bovill, Joanne Sweeney Burke and Adrian Barry gave a great insight into the importance of sport on radio and how the sport connects people with radio stations.  Workshops in the areas of Podcasting and Mobile Journalism also proved to be very successful.

Hanratty concluded by drawing on her learnings from Radio Days Ireland and Radio Days Europe 2018. In that she said : 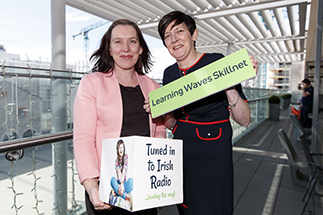 'more people are listening to audio than ever before, because it is ideal at reaching people while they are doing something else, it’s fluid, and brands are now using audio to differeniate themselves in what can be a very blurred environment, audio is the fastest sense we have, we trust what we hear, but yet many brands are mute – and we can use the skills we have to educate them and to find their sound and to stand out in the market place, we can help brands create sounds that they can use across all platforms,