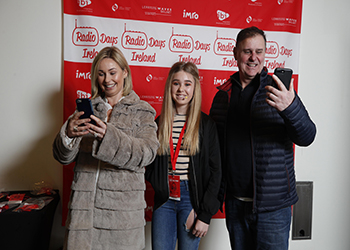 ion who appeared at Radio Days Ireland has caught the attention of the media in the USA.  In an article written by Fred Jacobs on the Kids in America  he encourages the industry, 'to do a better job of listening to the young voices around us.  They aren’t just wise beyond their years – they’re our future.  We’re seeing plenty of evidence suggesting this is a trend that we’d be smart to heed'.  The evidence cited by Jacobs includes Jessie Kavanagh who recently spoke at Radio Days Ireland where her advice to radio stations was to 'be yourself and be honest'.  Jessie's YouTube channel jessie.beauty.x has 220,000 subscribers and generates more than €1,000 per month.

In the same article, Jacobs cites 23 year old Omar Raja, a major sports fan who was a student at the University of Central Florida.  He recently sold his monster Instagram account, “House of Highlights” to the Bleacher Report, a portal doing battle with ESPN. Raja started his Instagram page from scratch while still a student, and built the site up to 8.2 million users – many of whom are members in good standing of Gen Z.