News Reports of the demise of radio listening are greatly exaggerated

Reports of the demise of radio listening are greatly exaggerated.

The radio industry is not “sticking its head in the sand” but instead it is measuring the changing nature of the audio environment and consumption, according to Paul Mulligan, the chairman of the Joint National Listenership Research (JNLR) committee.
The research for traditional media can often receive negative publicity, he said.  “The criticism is normally from young media executives who feel they, and not the industry research, know what is happening in the world,” Mulligan said.
Industry gold standard reports are often “considered old hat” but this is an unfair assessment, he said.
Mulligan said the Association of Advertisers and the Institute of Advertising Practitioners in Ireland sit on committees overseeing the quality and independence of the research. The Broadcasting Authority of Ireland play an active role in the work of the JNLR committee that manages the research. However, despite this, he added that he often heard criticism of the research because “it is done with paper and pencil”.
Mulligan said many important matters were decided with pencil and paper, including elections, the census and the exit polls which have been proven to be within 1 per cent of the actual vote. “We did as a country invest in technology to measure voting on the basis it must bring about improvement, remember the voting machines,” he said.
Many people claim the JNLR is out of date because it does not measure the changes in the media world, like music streaming. These claims were wrong, Mulligan said, as it does measure these changes. The latest survey found that adults aged 15 and above listen to an average of 175.4 minutes of audio each day.  Of that, 153.7 minutes are spent listening to the radio, 14 minutes listening to personal music via iPod, MP3 or smartphone, 5.7 minutes listening to Spotify and two minutes listening to material from a podcast or player. 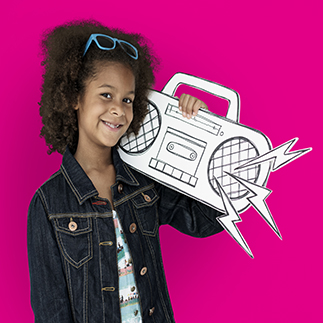 People aged between 15 to 19 spend an average of 170.7 minutes listening to audio every day. Radio still commands the vast majority of this, with an average of 112.1 minutes.  This age group spend 36 minutes listening to their own music via iPod, MP3 or smartphone,17.1 minutes listening to Spotify and 5.5 minutes listening to material from a podcast or player.
Mulligan also said that the JNLR does not just measure the “radio in the corner”. While 92.6 per cent listened to an AM/FM radio at home or in the car, 2 per cent listened on a computer or laptop, 3.8 per cent on a mobile device, 1.5 on digital radio and 0.1 per cent on a TV set, according to JNLR 2017 figures.
“People listen more and more on the move,” he said, adding that methods across age groups showed vastly different stories.
The data clearly shows there is a difference between the listening habits of all adults over 15 years and that of the youngest group, those 15 to 19 years.  While 82.9 per cent of all adults over 15 said in the latest survey that they listened to the radio yesterday, this falls to 75.1 per cent for those aged 15 to 19, 77.5 per cent for those aged 20 to 24, 76.4 per cent of those aged 25 to 29 and 80.3 for those aged 30 to 34.
“That there is a difference is not surprising, and that the figure for 15 to 19 year olds is lower will scarcely raise an eyebrow,” he said.
“Reports of the demise of radio listening are greatly exaggerated. Younger audiences have more choice and are choosing to use the available technology and to spend time with other audio. But with 76 per cent of the youngest age group still listening each day, they haven’t gone away, you know".
“It is also amazing what you can measure with a pencil and paper.”