Earlier this month Learning Waves Skillnet & IBI announced the first round of speakers for the conference which will be taking place on the 22nd and 23rd of February in the Gibson Hotel, Dublin. Minister for Communications, Denis Naughten, Ian Dempsey and Linda Green were among those announced.

Earlier this week, the organisers announced four new speakers to add to the line-up. First off, Helen Boaden, former director of BBC Radio, will be sharing a wealth of knowledge from her 34 years working with the BBC and her insights into the fut 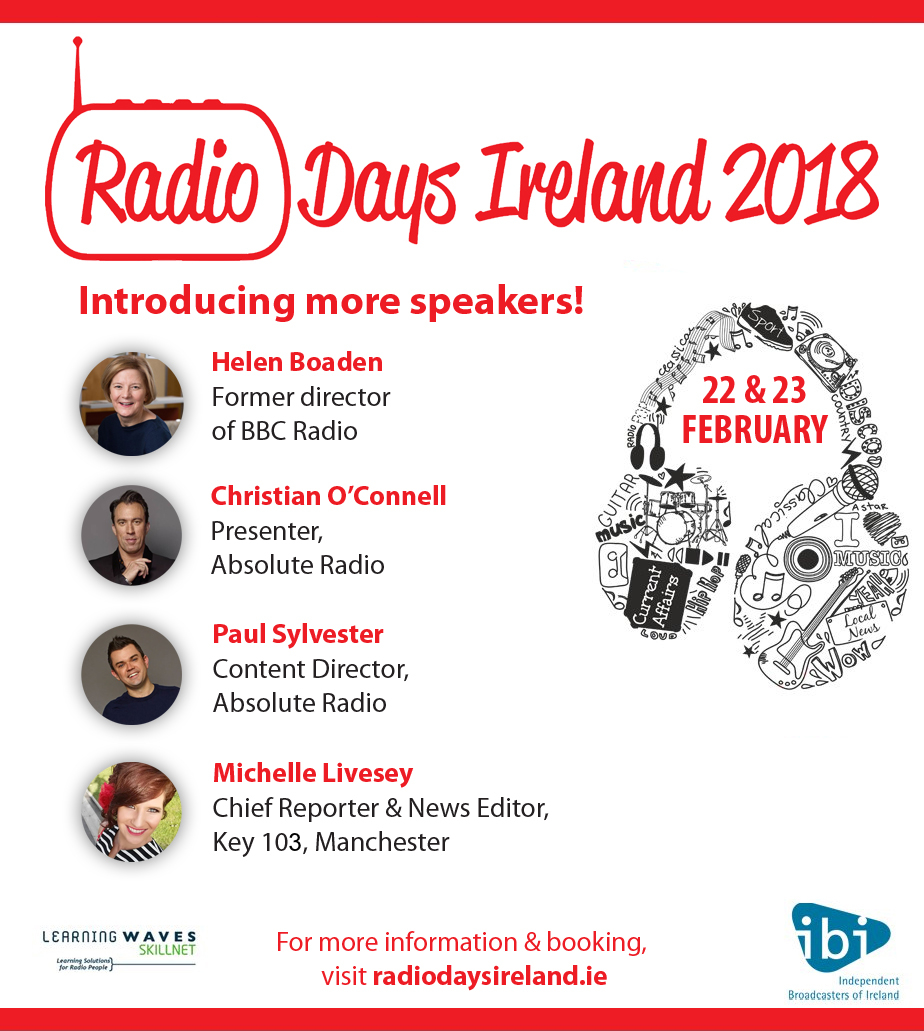 Next up, two Absolute Radio legends: Christian O’Connell and Paul Sylvester of Absolute Radio, one of the UK’s three Independent National Radio Stations, will join the panel of speakers.

Author, Comedian, Radio DJ and host to his self-titled breakfast show, Christian O’Connell will be taking to the stage on the day. The Radio Academy award winning presenter who is responsible for entertaining two million listeners every morning will be sharing his secrets to breakfast success.

Joining Christian will be Paul Sylvester, Content Director of Absolute Radio. Paul has worked his way up the ranks and is the man responsible for bringing the stations to record audiences and creative revenues. Managing the output and strategy of the network, he will be giving his perspective on all things radio.

Last but most definitely not least, Michelle Livesey, Chief Reporter and News Editor of KEY 103 in Manchester, has been announced to speak at the conference. The award winning campaigning journalist, notable for her involvement in the ‘Clare’s Law Campaign’, Michelle will discuss the future and the importance of news in a digital world.

What an impressive cohort of speakers that has been announced, we look forward to seeing what else Radio Days Ireland has to offer in the coming weeks. Stay tuned!

For more details and to book your tickets to Radio Days Ireland 2018 go to www.radiodaysireland.ie.